Bonnie & Terry Burman New Play Award Winner
By BRENT ASKARI
Directed by JULIANNE BOYD
In the not-so-distant future, an interracial couple enjoys a visit from their college-aged son when a young Muslim woman arrives at their back door. She’s looking for safe passage via a new Underground Railroad as Muslims are being detained and imprisoned. Suddenly, a government official knocks on their door wreaking havoc on the family. They must decide how much to risk to save an innocent woman. This riveting thriller takes us inside a stark vision of an unapologetic America.
American Underground will have talkbacks following the performances on October 10 and October 17. 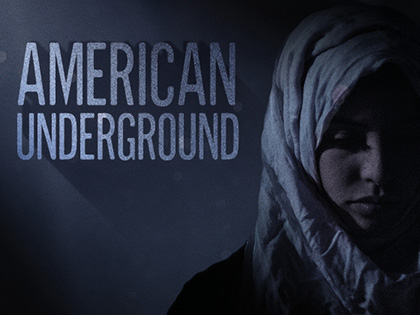